How the CPA Exam is Scored and Structured

As you probably know by now, the CPA exam is divided into four parts: AUD, BEC, FAR, and REG. Each section is four hours long, with a fifteen-minute break in between and all four parts must be passed within 18 months. It is a computer-based exam that is fairly complex.

How the CPA exam structured

Each exam is marked out of 99 and the examinee must get at least 75 to pass. Your total score for each section is a weighted combination of scaled scores from multiple-choice questions (MCQs), task-based simulations (TBSs), and written communication tasks:

What is a scaled score and how is it calculated?

It’s important to note that the final grade that you will receive for each section is not ‘raw’. This means that if you are awarded 77, that does not indicate that you answered 77 questions correctly. Instead, scores are based on a scale of difficulty, where simpler questions old less value than more complicated questions. A scaled score is used when there are potential differences in difficulty across various parts of the examination. By calculating the scores this way, the results from different types of questions can be compared to one another.

For instance, this is implemented based on performance adjustments done through the MCQs in testlet 1 and 2 of each part, as well as the relative difficult of the sections posed in the other testlets. Once all testlets are complete, the scaled scoring system will take the total number of correct answers that a candidate scores (the raw score) and converts it into a new number that can be standardized.

For the MCQ (only), there is a ‘multistage adaptive test delivery model’. This means that the relative difficulty of the testlets you will receive are based on how well you did in the previous testlets. The first testlet is always of moderate difficulty, and the ones that follow are based on your performance. The first tesltlet is always set to medium difficulty. Once complete, the computer calculates the results to determine whether the next testlet will be a set of medium-difficulty or hard-difficulty MCQs. If you performed poorly in the first testlet, then you will be given the medium difficult set, and if you performed well in the first set, then you will receive a hard set for the second testlet. If you are given the harder set, then those correct responses will have a higher weighting that the medium level MCQs when the final scores are calculated. However, within the medium and difficult sets are a mixture of easier to difficult question that will also affect their overall value when marked.

In short, two factors influence the score that you will receive for the MCQ and TBS portions of the examination:

How the CPA exam parts are structured

In order to understand the AICPA grading system, it is also important to get to grips with the structure of the CPA exam. Each section of the exam (AUD, BEC, FAR, and REG) is divided into five ‘testlets’.

Because the CPA exam uses scaled scoring, it is not possible to guess your exam results by simply adding up the number of questions that you think you answered correctly. You will have to wait until the scores are officially released.

Are all the testlets marked by computer?

Most of the exam is marked by AI, but not all. The MCQs are marked by AI, and to a large extent, so are the TBSs. The exception to this are those that require written communication tasks. However, even with the written communication tasks, much of it is marked on ‘buzz words’ being included in the text. Those sections will only be flagged for human examination by a CPA if the examinee scored poorly overall but is close to passing. 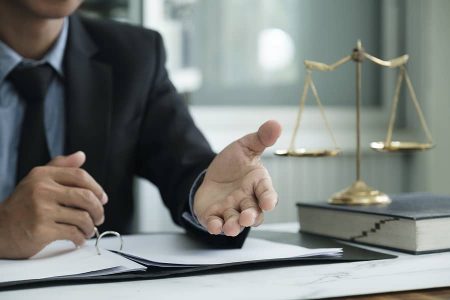